PARTNERS IN HEALTH (PIH) -with Budapest's special correspondent for EconomistEurope.com 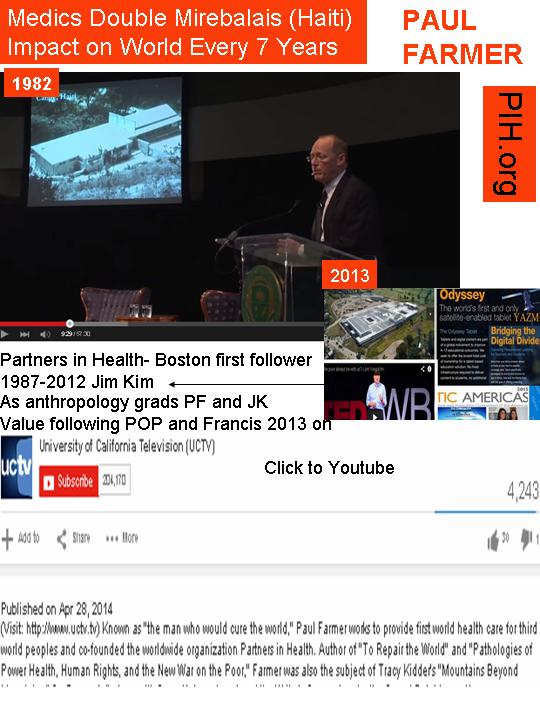 -RESOURCES AND MILLENNIALS NEXT SOCIAL MOVEMENT

world record jobs questions as at may 2015

Longer farmer videos 57.30   farmer starts here from minute 29 gies back to why he adopted liberation theology and haiti and trying to understand violence *and farm slavery) in central america in early 1980s 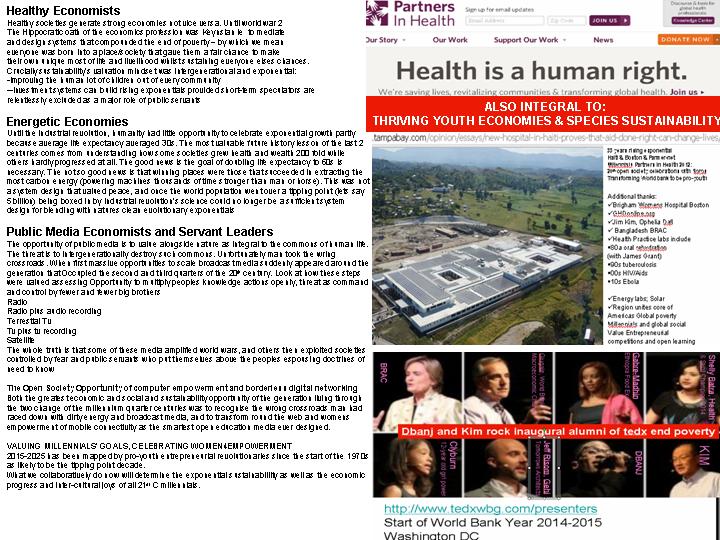 I suggest that if any economist from adam smith to keynes came back to earth and looked at what conventional macroeconomists have spun since world war 2 and tv era , they would not recognise  what was going on in the name of economics. If there was an oxford union debate on this house believes macroeconomists 1948-2008 became experts in designing the most costly systems on earth, how would you vote?

Despite unprecedented new financial resources and medical advances during the past decade, millions of people are still not receiving quality health care in poor countries around the world. Health...see more 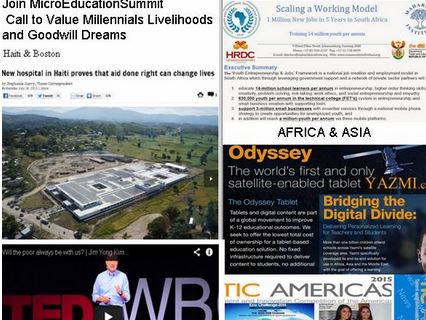 Without Paul Farmer there would be no PIH (and no hope that poor's or your medical world will ever get less expensive? Millennials POP: PIH culture is designed round Franciscan values revitalised since 1960s by peoples of Peru, Colombia and Argentina- so currently Pope Francis (3 days in september where POP rocks USA, 3 days in October Peru host of world banks commencement of 2015-2016)...Nor any demonstration that muslim and catholic peoples the world over grow when communities love public health servants) -Budapest June 2013 saw world first - commencement of 1000 students celebrated by keynotes from both Sir Fazle Abed of BRAC and Paul Farmer as George Soros helped by Gorbachev celebrated 20th Open Society Awards and first elders briefing of what youth economics curricula are emerging at INETeconomics 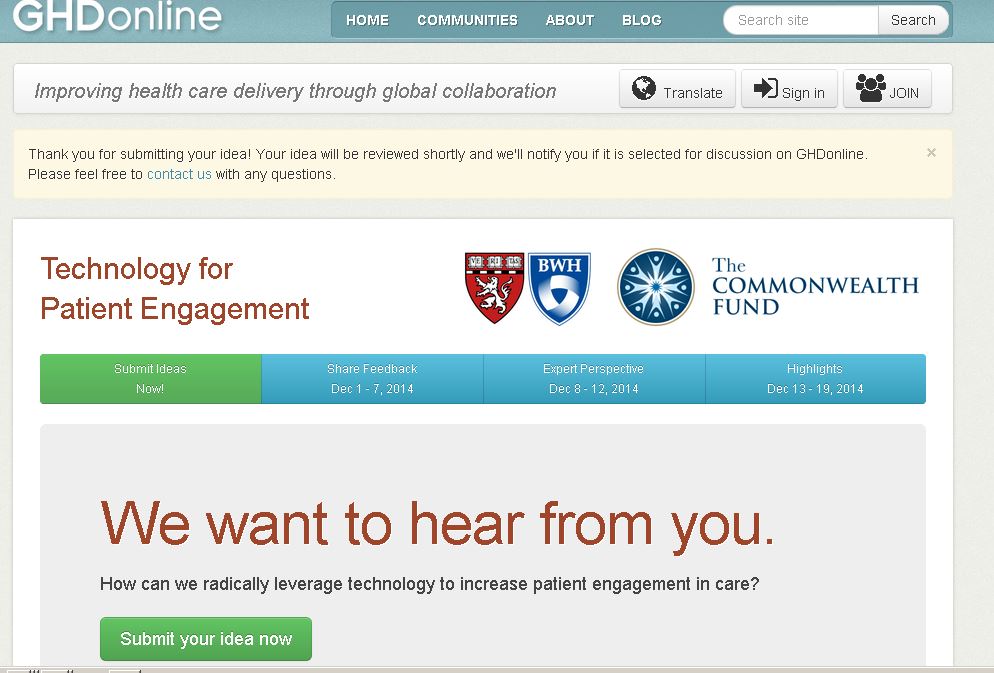 TIPPING POINTS FIRST QUARTER 2015 - WHO's global health system is it anyway?
Too many of universities global health programs verge on neocolonialism, recreating the dynamics that have historically exploited low-income countries and undermined their capacity to build health systems that provide care for all people. Deputy Chief Medical Officer La Mirabelais Haiti

http://pih.org One of the most interesting 60 minute conversations I have ever heard took place last night with 1000+ listeners to Kim and Farmer on what to do and learn from Ebola

Kim's comparison of the $1 million it cost senegal to treat one patient and so far end ebola from its country, versus the 17 billion dollars it took New York to do the same

The way I heard the conversation (your advice welcome) - new york was probably far more than 17 times less economical because the consequence was a lot of media fear and not much learning. Whereas in Senegal the leadership of the country got involved; its quite likely that senegal now as a system in place if ebola ever comes again. And other countries in Africa as yet untouched by Ebola could gain from replicating what Senegal did. Fingers crossed Senegal has developed one of te most economical knowhow systems ever

The rest of the conversation was sad. The costs to ever get economies rising again - let alone the human costs - in each of sierra leone , liberia , Guinea sounded to be in the many billions. Over and over in our globalising world macroeconomists have got risks exponentially wrong. By not spending on the basics, the human and monetary costs of system collapse has been order of magnitudes more costly than they claimed short-term efficiency.or even "externalisation"

which of attached 30 ways to improve global health would you vote for?

Permalink Reply by chris macrae on July 18, 2018 at 10:26am
mostofa - taddy was in many ways their star education laureate- if he says he cant come you might see if he has a name at skoll - i just sent it through the web general contact point
funny thing is when amy long ago told me she was a saleslady for herbal life -  thought that meant she knew how hard  sales people have to take 50 rejections to find one big fish- and that this is the same as invitation process of really hi level open space where the people who eventually come are the right people because they understood when something was a breakthrough first of its kind
i am very sorry for whatever ways i failed to explain how unique to the world october1 -7 must be
========================================
would larry brilliant or team member like to join us sept 30 to October 7 at brac in bangladesh including all its great learning hubs such as James Grant School of Public Health- week long celebration of girl empowerment tech now that jack ma and sir fazle abed have started on fintech partnership to bank for 2 billion - jack also has an interesting line in inconvenient truth movies with chinese blockbuster on cost of global pharma out now - china is sending jack ma number 1 academic researcher from tsinghua university to celebrate every idea connecting brac and alibaba and girls hold up half the sky and much more than that when it comes to sustainability goals mobilisation
abouthNMF - 2018 is 175th year since The Economist was founded to be the media of ending poverty- norman sub-edited that role from 1948 to 1990, his genre Entrepreneurial Revolution started at time of moon landing celebrates its 50th year of transforming value chains round smes and community microfranchises (eg aravind)
this is 3rd event since norman's death celebrating sir fazle abed as greatest girl empowerment Entrepreneurial Revolutionary and number 1 educator for livelihoods - the previous two were evening roundtables hosted at Japan Embassy in Dhaka (Norman having been awarded The Emperors Order of the Rising Sun with Gold Bars for his series celebrating rising Eastern people-centric economies of which Bangladesh was his most joyful but unfinished youth journalism project at time of death in 2010)