vote for 30 other millennials capitals partners 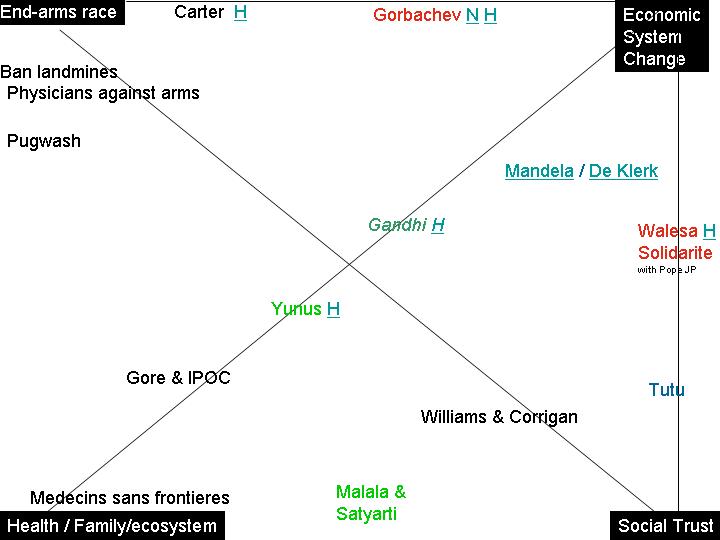 My thinking is your student networks might have some questions that I could include in my search of Rome's global social value as it links to 2015 as turning point of sustainability goals and the UN. Off to Rome in a week

in fact the summit owners in Rome are:

the green networks of club of rome

As a mathematician  which profession is the open system core of putting millennials back on an expoenetially sustainable orbit but I do care we link methods so that this little sisters networking endgame not Orwell's big brothers spins the 21st Century . however when it comes to adam smith and entrepreneurial schools original raison d'etre for economics -economics. 2018 is the 175th anniversary of Te Economist so my family needs to kick shareolders into movement back to pro-youth economics before then

in IFad,  Rome as one of the edgiest feed the future partners of usaid and grameen intel

furthermore due to a row between china, dalai lama, and south african government the laureate summit lost the opportunity to develop Millennials Mandela Social Value Curriculum of peace and economy tr... fortunatley I know the south african who has been for 10 years now authorised by Nelson  to develop the Nelson Mandela Extranet this year spreading to job-s empower every 7th Grade Girl in the public education system

when jim kim challenges young professionals to replicate what he and paul framer as done with health to make their own professional social movements unstoppable, clearly the change education content is critical to distribute worldwide simultaneously - yazmi is the one and only channel for that purpose

For the last 3 years DC has suddenly become global social value movement world banking and health service epicentre - how can we help umd students navigate that mother of all collaborations in human sustainability?

out of africa with kenya leadership direct, with yazmi and with athgo who are sponsoring their next major summit with world bank in august and who link in leadership from rwanda which is also partners in health epicentre in africa

with a meeting in dubai or tokyo being convened in 6 weeks to include the worldwide development experience of toyota and through its abdul latif network connections to all the open tech wizards at mit including those who started grameen phone, mpesa and bkash